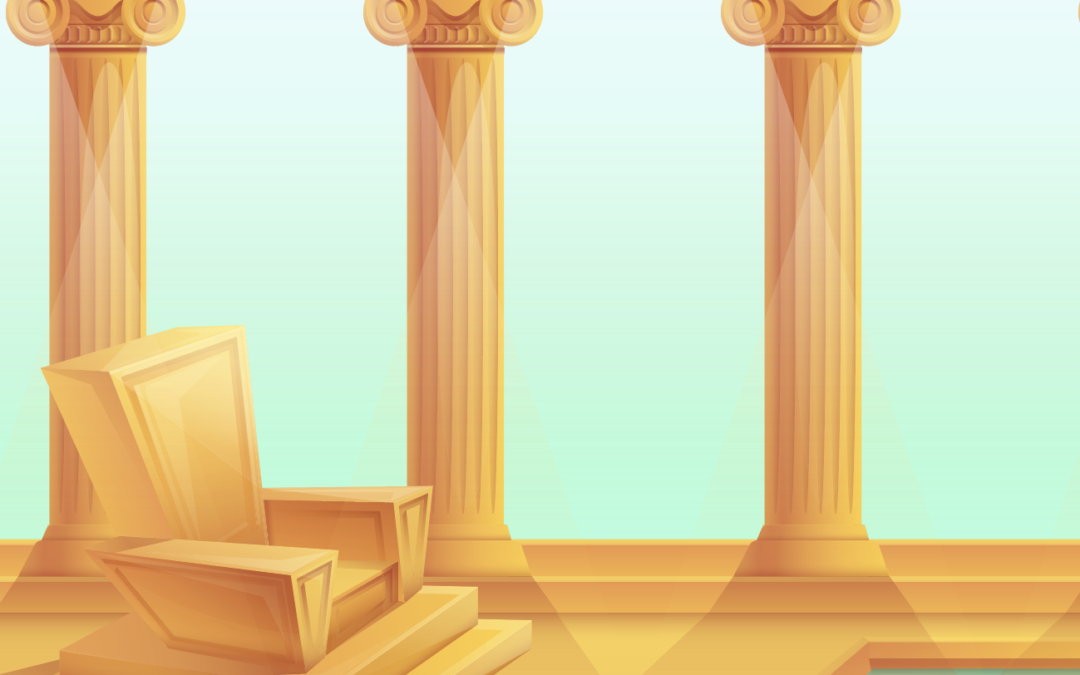 Sede Vacante combines stories from the Greek myths with a corresponding mythical Fate to illustrate the Fall of man and his inability to solve his fallen state alone. With the corruption of Truth, Goodness, and Beauty, the Greek world turns its weary eyes to Olympus, only to find the thrones abandoned by gods who cannot save. The poem ends on a hopeful note, as the ‘myth made fact’, Jesus Christ, is foreshadowed through the longing for a hero who can fulfill the need for redemption, metaphorically represented in the empty seat. Matthew 25:31 tells us that “He will sit on His glorious throne” as King. The title, “Sede Vacante,” is a Latin phrase meaning ‘empty seat.’ (This is used most often in reference to the priestly position of the Papacy.) Through Jesus, our High Priest, we “approach the throne of grace with confidence.” (Hebrews 4:16) Christ both fills, and is literally, the ‘mercy seat’, the no-longer-empty throne. (Romans 3)

The Ancient Greeks and Romans wrote poetry in the Sapphic meter. Named for the Greek poet Sappho, this style requires a particular four-line stanza pattern of trochees and dactyls, with English versions also using certain stressed syllables to sustain the meter.  Later revived by the Medievals, with the addition of an ABAB rhyme scheme, and adopted by poets such as Swinburne and Hardy,  the Sapphic style remains one of the longest enduring forms of Classical poetry.